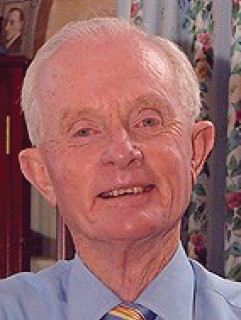 This award honours the extensive contribution to scientific excellence in Mineral Geoscience that the late Roy Woodall AO made over his lifetime.  Roy Woodall’s high scientific standards, innovative approach to exploration and use of the latest geoscientific techniques have left a enormous and lasting legacy of improved scientific methodologies and exploration successes. The WMC team under Roy’s leadership made many world class discoveries in Australia, several of which opened up entire new mineral provinces. The most notable of these include the Darling Range Bauxite Province, the Kambalda Nickel District, the Olympic Dam Copper-Gold-Uranium deposit and the St Ives Gold Camp. More importantly than even these discoveries, Roy’s dedication to the training and mentorship of other geoscientists has advanced the capabilities of Australia’s mining and exploration industries and the development of our nation.

This intention of this award is to recognise those individuals that seek to emulate Roy’s contribution to the mineral industry by applying the best science to the endeavours of mineral exploration and the documentation of world-class mineral deposits. The goal of this is to encourage the ethos of scientific excellence that Roy was such a strong advocate for.

It is the intention of the AGC to make this award on an annual or biannual basis, subject to the nominations received.

The AGC has great pleasure in announcing that the inaugural winner of the Roy Woodall medal is Dr Kathy Ehrig. Dr Ehrig has spent a large part of her career documenting the giant Olympic Dam Cu-Au-U ore deposit, arguably Australia’s most significant accumulation of metal. Her work has provided the conceptual framework that has supported BHP’s recent Oak Dam West discovery. Dr Ehrig is a particularly fitting inaugural winner of this award because she was personally recruited by Roy Woodall to WMC Resources from University of California – Berkley and was subsequently a long-term mentee of Roy’s. It is anticipated a formal presentation of this medal will be made at an appropriate forum in the near-future when the current COVID-related restrictions are eased.

Nominations will close on the 31st of August each year.